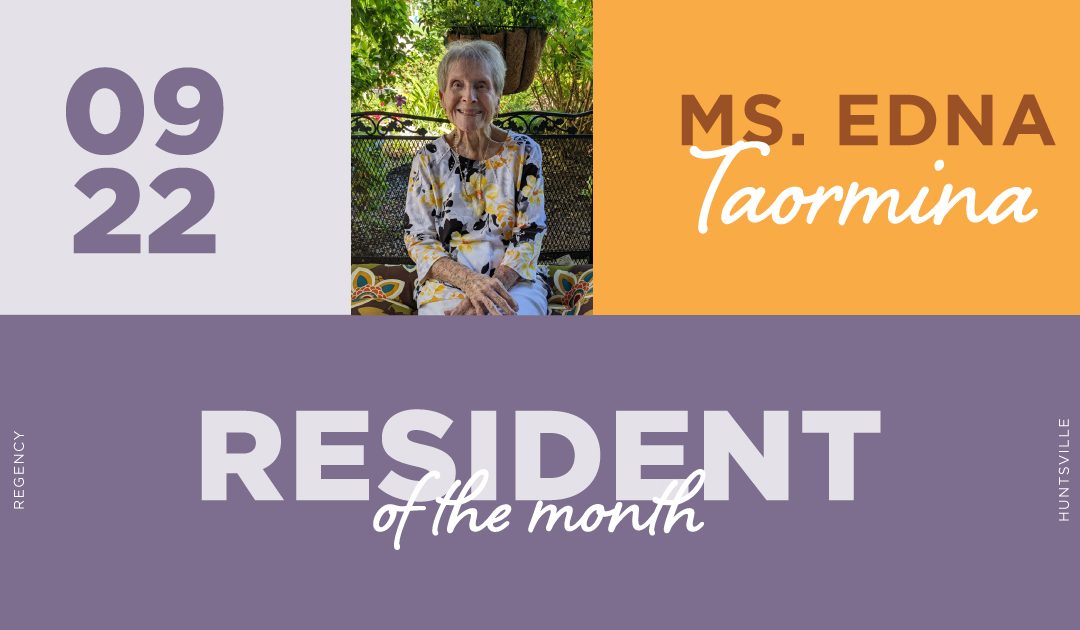 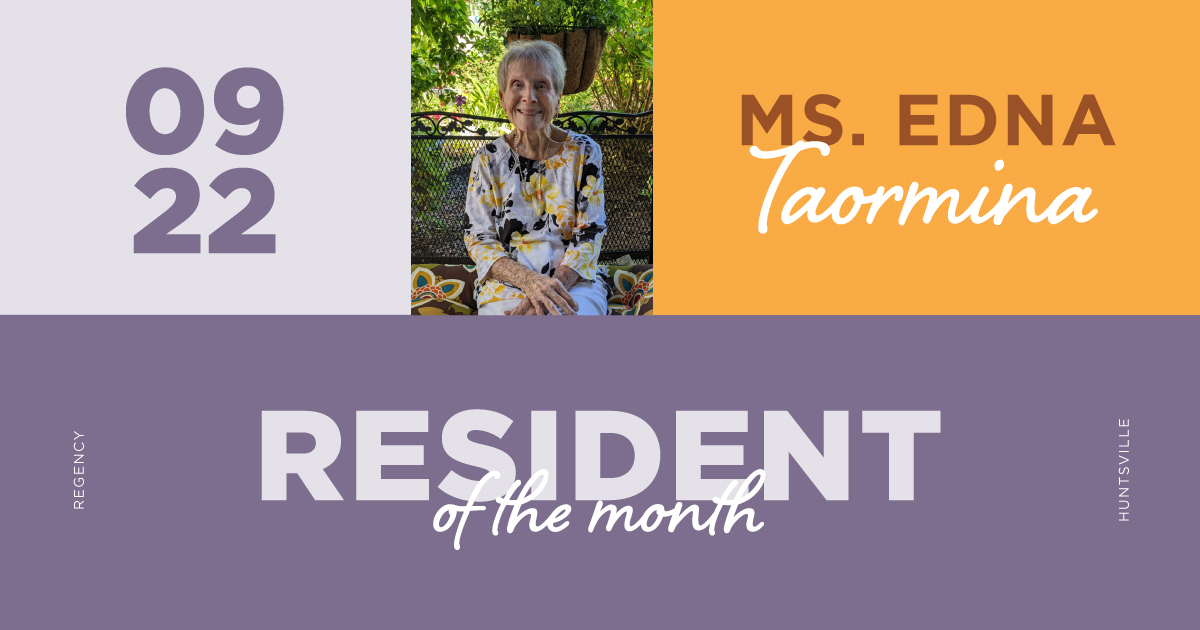 Ms. Edna was born in Phenix City, Alabama, and met her husband, John, aka “Terry,” on a blind double-date. She was married to him for 79 years, during which time he converted from Catholicism to the Church of Christ. Terry served as a paratrooper in the military and was involved in D-Day. He returned home without a scratch on him, for which Ms. Edna was so grateful. Together they have a son, Larry, and a daughter, Karen. Ms. Edna served as a homemaker and in her tiny bit of spare time she used to bowl and golf with Terry. We are delighted to have Ms. Edna as part of our Regency family!